AT Fun and Curiosities

Everybody lives on a street in a city
Or a village or a town for what it’s worth.
And they’re all inside a country which is part of a continent
That sits upon a planet known as Earth.
And the Earth is a ball full of oceans and some mountains
Which is out there spinning silently in space.
And living on that Earth are the plants and the animals
And also the entire human race.

It’s a great big universe
And we’re all really puny
We’re just tiny little specks
About the size of Mickey Rooney.
It’s big and black and inky
And we are small and dinky
It’s a big universe and we’re not.

And we’re part of a vast interplanetary system
Stretching seven hundred billion miles long.
With nine planets and a sun; we think the Earth’s the only one
That has life on it, although we could be wrong.
Across the interstellar voids are a billion asteroids
Including meteors and Halley’s Comet too.
And there’s over fifty moons floating out there like balloons
In a panoramic trillion-mile view.

And still it’s all a speck amid a hundred billion stars
In a galaxy we call the Milky Way.
It’s sixty thousand trillion miles from one end to the other
And still that’s just a fraction of the way.
‘Cause there’s a hundred billion galaxies that stretch across the sky
Filled with constellations, planets, moons and stars.
And still the universe extends to a place that never ends
Which is maybe just inside a little jar!

It’s a great big universe
And we’re all really puny
We’re just tiny little specks
About the size of Mickey Rooney.
Though we don’t know how it got here
We’re an important part here
It’s a big universe and it’s ours!

Camouflaged for a Day

(‘Left-field’ thinking with a dose of humour) 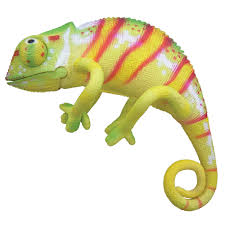 Question: What’s something that chameleons and cuttlefish do that you can’t?

Answer: They change the pattern of their skin to blend instantly with their surroundings.

Now, suppose you could do this…just for a day.

What mischief could you get up to? What tricks could you play on people? What trouble and disruptions could you cause? Possible settings: home; school; city; park; beach.

It’s been called the most useless machine ever invented. Claude Shannon constructed a box with a single switch on its side. When the switch was flipped, the lid of the box opened and a mechanical hand reached out, flipped off the switch, then retracted back inside the box. That’s it!

Nothing could be simpler. It is merely a small wooden casket, the size and shape of a cigar box, with a single switch on one face. When you throw the switch, there is an angry, purposeful buzzing. The lid slowly rises, and from beneath it emerges a hand. The hand reaches down, turns the switch off and retreats into the box. With the finality of a closing coffin, the lid snaps shut, the buzzing ceases and peace reigns once more. The psychological effect, if you do not know what to expect, is devastating. There is something unspeakably sinister about a machine that does nothing — absolutely nothing — except switch itself off.  (Arthur C. Clarke)

– Two adjectives that could describe this machine are ‘whacky’ and ‘brilliant’. What could be some others?

– Can you come up with a different invention that would be completely useless? What would it do? What would you call it?

– What is an invention that has been extremely useful?

– What is something that has not yet been invented that would be extremely useful?

Monster Inside the Box

This is a variation of the Ultimate Machine.

–  If you had a Monster Inside the Box what would you do with it?

–  What changes could be made to the Monster Inside the Box to make it even scarier?

– What is something else you could have inside such a box (i.e. not a monster) that would be fun, entertaining and clever?

Teachers may have already encountered this one but it’s good for kids, especially ‘brighties’ age 10 and over. The puzzle works *nearly every time.

Do the following, at speed…

-Multiply that number by 9.

-If you got a two-digit number, add the two digits together.

-Think of a country beginning with that letter.

-Take the 2nd letter of that country and think of an animal beginning with that letter.

-Think of the colour usually associated with that animal.

OK now, do you by any chance have a grey elephant from Denmark?

What is the ‘secret’ behind this puzzle? How/why does it work?
*The puzzle doesn’t work if the ‘puzzlee’ (1) knows about Dominican Republic, Djibouti or Dominica and/or (2) thinks of elk or echidna, etc. (The puzzle should be given at speed so that ‘usual’ country and animal associations come to mind).

Witches, seeking to control and influence their victims, used to brew potions with collected fingernail clippings. Some truly superstitious people burn or bury their clippings to keep them from harm. The eccentric artist Picasso stuck rigidly to the rule, keeping all his nail clippings and shorn hair in sealed and dated containers.

-Are you superstitious about anything?

-What are some superstitions you’ve heard about?

-Make up your own crazy superstition and share it with others in the class.

Finding books in a Library

This is a good exercise to do with your class…

Q   If you were to spell out numbers, how far would you have to go until you would find the letter ‘A’?

ELEVEN PLUS TWO
When you rearrange the letters:
TWELVE PLUS ONE

Angles in Numbers from 0-9.

If you mean to insinuate that I will tolerate such diabolical insolence from such a miserable specimen of anatomy as yourself, you are wrongly governed by a misapprehension of false ideas.

Request
So that we can make this site as classroom-friendly as possible we would be pleased to hear from teachers who have tried any of our ideas, suggestions or lessons with their classes.
Just a very short note mentioning year level, idea/suggestion used, whether it was a written exercise, class discussion or debate, and any other useful feedback would be appreciated.
(school name optional but State would be of interest)

If using material from this website please attribute source: